Rainbow Animal Hospital is a full-service veterinary medical facility, located in Las Vegas, Nevada, that has been family owned and operated by a local veterinarian for over 35 years. The professional and experienced veterinarians at Rainbow Animal Hospital seek to provide the best possible medical, surgical, and dental care for our highly-valued patients. Our veterinary clinic is fully equipped to provide emergency care during our operating hours, along with offering vaccines and preventative care for our healthy patients.

We are committed to promoting responsible pet ownership and health-related education for our clients. Rainbow Animal Hospital strives to offer excellence in veterinary care to Las Vegas, Nevada and surrounding areas.

Please take a moment to contact us today, to learn more about our veterinary practice and to find out more information about how Rainbow Animal Hospital can serve the needs of you and your cherished dog, cat, or small animal.

Our Mission
Our philosophy is based on a teamwork attitude, with emphasis on communication and continuing education to ensure compassionate and progressive veterinary care. We feel that our clients deserve to receive excellent customer service, and strive to provide it by exhibiting genuine care and sensitivity during each interaction. We promise to provide you, the client, with a fun and personalized experience. We are not just here for your pet. We are here for you! 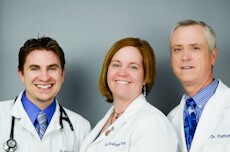 - She loves to take naps on her mommy's pillow

- Here's our little guy, Gator just hiding out in the dryer helping with the laundry